Houseparty: The Social Video App That Answers the Call of Social Distancing

Houseparty, the popular video chatting app, is putting its own twist on the group video call. While similar apps like Zoom and Skype – typically used for virtual work meetings – have seen an increase in downloads during the COVID-19 pandemic, Houseparty is bringing a fresh take to the industry.

The app lets users casually drop into a friend’s video chat room, virtually hang out, play games, and then leave the chat. It’s used mostly by teens and Gen Zers, but in these times of social distancing, people of all ages and generations are jumping on board.

According to Tech Crunch, over the past month, Houseparty, which has been around since 2016, has seen 50 million sign ups. That’s 70 times more than normal. The uptick in downloads may be due to the social isolation of COVID-19, but Houseparty as a brand is doing a few things right. Here’s what we can learn from the app.

Houseparty was made by the same team behind the now-defunct live streaming app Meerkat. That app gained some momentum at the South by Southwest festival in 2015, but it was sidelined when Twitter blocked it from streaming on the platform. After that the app quickly lost out to rivals like Periscope and Facebook Live.

The team switched gears and launched Houseparty in February 2016, touting it as a ‘living room’ for teens, where kids could host live hang sessions with the contacts on their phones. Then in 2019, it sold to Fortnite developer Epic Games, which has grown it even further.

So what makes Houseparty so special? First off, there doesn’t appear to be a time limit. Compare that to Zoom, whose free membership allows no more than 40 minutes per call. The average time per Houseparty user has been reported as anywhere from 60 to 80 minutes.

The app also allows users to add friends through your phone’s contact list or by syncing with other social media accounts. There’s no need for a code or login ID. Users can simply jump into their friends’ chat rooms (unless those in the room have specifically chosen to ‘lock’ the room). Users also get a notification when their friends sign on. So, they can see who showed up to the party. It’s about as close to a real house party as you can get virtually.

3. Its branding is geared toward its users.

While more and more people are downloading the app because of COVID-19, Houseparty’s core base is Gen Z. And their marketing language reflects that. For example, one of the app’s house rules addresses the etiquette around ghosting: “Your friend will no longer receive your ‘in the house’ notifications when you Ghost. Boy, bye.”

Designed specifically for social hangouts, Houseparty appeals to younger users more than those on other video chat apps. It integrates with Snapchat, which heavily relies on gesture-based navigation that tends to trip up older users. And it offers in-app games to play, like trivia or Ellen Degeneres’ popular ‘Heads Up,’ among others. Who’s to say, with the broad range of ages and backgrounds now joining the app due to COVID-19, if these demographics will continue as social distancing is eased?

4. It provides something people need.

In this strange age of social isolation, we are seeing much less of our favorite people. Houseparty makes things feel less lonely. It provides a way to connect with group social experiences that are essential for maintaining our mental health and keeping a positive outlook. In addition to just chatting, users can have fun with their friends by screen sharing and watching shows or movies together. And, as mentioned above, they can even play games together. Or at the very least, it gives users a reason to shower and comb their hair.

Companies can learn from these strategies and have success building their own brand. If you need help developing your brand messaging, drop us a line. We’re here to help. 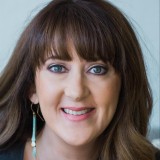